AP CETS dates 2023-2024, APSCHE common entrance test schedule : AP CETS 2023 dates is released by APSCHE, complete schedule and organizing body of various common entrance tests included in notification for the session 2023-24, it can be accessed from www.apsche.org. Here we provide a relevant details of AP CETS 2023 schedule from the following article. The Andhra Pradesh State Higher Education Council (APSCHE) announced the schedule of the Common Entrance Tests to be held by the council for the academic year 2023-2024. The much awaited date for the AP Engineering, Agriculture and Medical Common Entrance Test is announced to be held from 19 August to 25 August 2022. 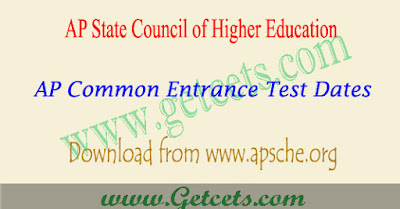 The Andhra Pradesh State Council of Higher Education (APCHE) released the schedule for AP Common Entrance Test 2023. According to the schedule of Common Entrance Tests (CETs) in Andhra Pradesh for year 2023, the EAMCET will be held from Aug 2023 for Engineering & Agriculture streams. EAMCET will be organized by Jawaharlal Nehru Technological University Kakinada (JNTUK ) while ICET will be held on Sep 2023 by the SV University.

The ECET will be held on 19 Sep 2021 by the JNTU Anantapur. Other CETs include LAWCET/PGLCET by Sri Krishnadevaraya University, EDCET by Andhra University on 21 Sep 2021, PGECET on 21 to 31 Sep 2021 by SV University..

All the CETs will be held in online mode and the State Human Resource Development minister formally released the schedule in Vijayawada. He said that the APSCHE has not missed a single date of examination or announcement of results since its establishment in 2014, post -bifurcation.

The minister noted that there has been a consistent increase in the number of candidates attempting the APEAMCET since 2014 and this year, they are expecting over two lakh applications. He also added that the number of student migrating from Andhra Pradesh to other states to pursue Engineering education has fallen as the APSCHE started conducting EAMCET early and finishing the admissions before August, every year.

The examination dates and timings of the eight common entrance tests have been released and a few changes have been made in the universities that conduct the exams, from last year. The CETs begin with AP Engineering Common Entrance Test (for B Tech Lateral Entry).